Dan Tudor is one of the few self-taught vintners of Pinot Noir, and he does it better than most. Without any winemaking experience, he opened his Monterrey winery in 2000. Under … 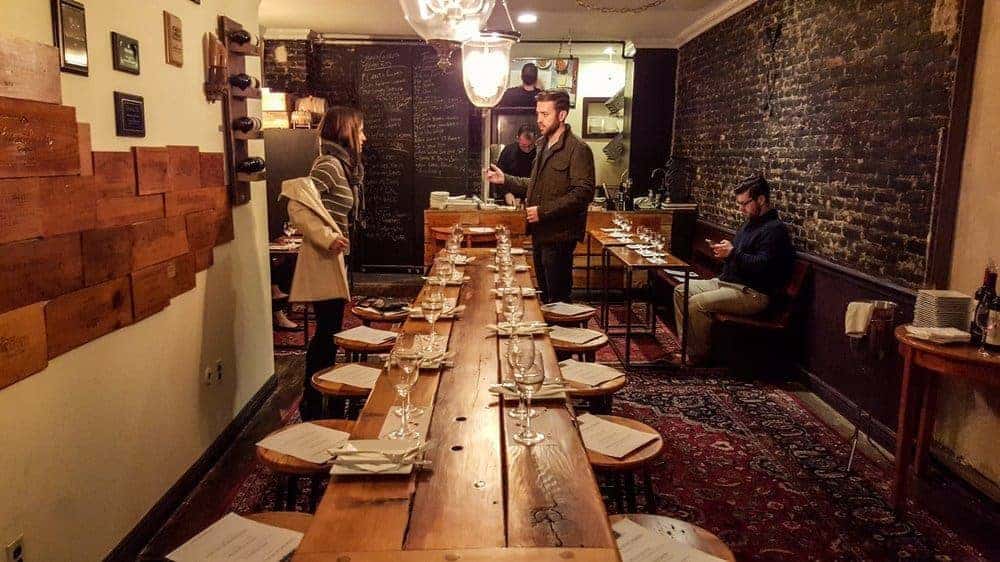 If you don’t know a pinot gris from a pinot noir, resolve this year to become a wine pro.

With the popularity of movies like “Sideways,” a film about love and marriage set in southern California’s Santa Barbara County wine district, as well as increased interest among young professionals who are starting wine clubs and going to tastings, there’s no better time to sip and learn.

It is a case of vintage revenge. Wine merchants in Delaware and South Jersey are now clearing shelf space for their old nemesis: Jonathan Newman, former chairman of the Pennsylvania Liquor Control Board.

The “xChairman Selections,” as one shop calls them, are the discounted wines that Newman’s new company will introduce in Pennsylvania border states this month.

Newman had risen to the unlikely status of folk hero among Pennsylvania wine lovers, partly because of his celebrated Chairman’s Selection specials. But one year ago, he resigned in protest after Gov. Rendell’s controversial appointment of Joe Conti as chief executive officer of the LCB.

While Newman’s entry into the private sector is intriguing the sip-and-swirl crowd, it also casts a spotlight back on the LCB. The $1.69 billion-a-year agency has been the subject of skepticism and upheaval since Newman left.

Local wine aficionados love to grouse, often with good reason, about how state regulations can sometimes stand between them and that coveted vintage.
But they are divided over whether a favorable decision in a case pending before the U.S. Supreme Court would do much to make more varieties available, or cheaper, in Pennsylvania and New Jersey. The court is being asked to decide whether states can limit direct, winery-to-wine-lover sales.
Keith Wallace, president of the Wine School in Philadelphia, had 53 phone messages the day after the Supreme Court heard arguments, and knows that oenophiles are watching the case.

Wallace spends $30,000 a year on wine. He said that recent innovations by the Liquor Control Board mean that “you have an enormous selection available.
“The problem is that the price point is often 10 to 30 percent higher than anywhere else,” he said.

The best-case scenario, he said, would be a Supreme Court decision that dealt a mortal blow to the state-store system.

But the odds are that Pennsylvania’s unique system, criticized for decades but politically resilient, will survive relatively unchanged.

Verdicchio has been the shining star of white wine from the Marche since Fazzi-Battaglia hit the market with its fish-shaped bottle over thirty years ago. Lesser-known whites were pushed even farther …

Seven sparkling & dessert wines for your holiday splurges! For more, we strongly recommend signing up for a wine tasting class (we do in-person and virtual) or signing up for our …

Some may call this a Rhone blend, some may call it a GSM, but many will call it wonderful. Yeah, that was way too corny. Onwards: this is a “must-have” cheapie …

Tasting Notes from the Philly Wine Festival. To keep up to date, make sure to register for our wine newsletter. It’s free. All current wine ratings can be found on our …

A beautiful Burgundy which is just starting to develop and will continue to do so for another decade. Lush and tannic for a Volnay, a filigree of freshly cut roses and …

The wines of the Emilia-Romagna have always been pushed to the background by the gastronomic delights of Bologna, Parma, and Modena. Understandable when you factor in that for decades, the region’s …

The 2004 had the great misfortune of being sandwiched between the exotically ripe 2003 and the already-legendary 2005. But for serious terroir-lovers, for those who want to taste exactly where a …

This winery is quickly becoming near and dear to my heart (I fell in love with their Marsanne /Viognier blend a few weeks ago). This oddball blend may end up in …

The Wine School took a group of students to Tuscany many years ago. Here are the top-rated wineries from that trip. Wines were tasted at the winery, an enoteca, with meals, …

Chateau Reynella produces one of our favorite Australian Tawnies, and now, with this deep, dramatic Shiraz, they’ve won us over with their dry juice, too. Some producers, it seems, have the …

Everything here is just right. The wine is a beautiful deep garnet in the glass, and it shows vanilla and dark cherry on the nose. However, on the palate, it morphs …

When the weather turns cold, rich reds from warmer climes are often best. And this one, a Syrah-Grenache blend, fits the bill perfectly. It shows exactly why the reds of Languedoc …