As long as there’s been wine, there’s been wine writers. In Roman times, Pliny the Elder  was very adept at identifying the best wines in the empire. A good review from the old guy could change a wine region’s destiny. Two thousand years later, not much has changed.

Wine writers, critics, and specialized publications rate, review, and recommend thousands of wines every year. The wine industry, as we know it, wouldn’t be the same without these information channels. Instead of Pliny the Elder, we have Robert Parker. Wine reviewers set trends and guide customers’ preferences. Wine reviews are an essential part of the industry.

Specialized publications are often the link between winemakers and consumers. High points and accolades can change the future of a wine producer, but as a wine connoisseur, one must be careful not to get influenced by a single good review. The following are the most influential critics, publications and wine reviewers around. Getting to know them will broaden your wine knowledge. They may even inspire you to write your own reviews.

In time, you may  want to go pro, and for that you will need a solid wine education. In the trade, wines are judged by concrete standards.

But wine is also personal; its enjoyment depends on your tastes and experience. Your favorite wine might not earn high scores, and that’s OK. One hundred pointers might not be your cup of tea, either. At the end of the day, your review and assessment of wine is the most important one. Keep on tasting and be a critic yourself.

In 1979, publisher and editor Marvin R. Shanken launched one of the most prominent and well-known wine publications. Wine Spectator annually reviews over 15,000 wines from around the world. In each of their fifteen issues. they review 400 and 1000 wines, focusing region by region. The magazine also has a powerful mobile app that allows registered users to find reviews for thousands of wines, including points awarded.

Wine Spectator’s Grand Tastings, on the road wine fairs with no rival, tour the world offering unique opportunities to taste the best wines, and the people behind them.

Their is no more controversial –or popular– wine critic in the world than Robert Parker. First issued in 1978, his Wine Advocate publication reviews over 12,000 wines every year. Robert Parker’s point system has been adopted across the wine trade. It grades wines as extraordinary, outstanding, above average, average and below average. Based ont he UC Davis Scale, rating range from  50 (below average) to 100 (extraordinary).

Robert Parker has been controversial more than once, and his preference for over-extracted, overly oaked wines has shifted winemakers’ practices to fall into his grace. The Parkerization of wine seems to have lost importance in the new century –Millenenials don’t even know his name– but he will forever be part of wine review history.

Jancis Robinson is a wine writer, reviewer, and author. Her work includes some of the most important wine books ever written, including the World Atlas of Wine and Wine Grapes, a compendium of over 1300 grapes and their characteristics. Her website, often called the Purple Pages for the web site’s theme, is a source of on-point wine reviews, now adding up to 180,000 tasting notes.

Jancis Robinson’s team comprises a handful of Masters of Wine that cover the most significant wine regions on earth. Jancis’ solid reputation and extensive resume gives her wine notes weight, positioning her and her team as perhaps the most respected wine review resources on the web.

The Wine Enthusiast Magazine, headquartered in New York and published since 1988, has over 800,000 readers worldwide and has a friendly approach to wine. Wine accessories, education and wine storage units amongst others, are common subjects in print and online. Lifestyle and food are also well covered comprehensively, making this publication an all-rounder.

Published fourteen times a year, with the use of their wine rating system, the magazine reviews a whopping 24,000 wines a year, and reviews are free to browse. Wine Enthusiast is famous for their annual Top 100 lists, and winemakers are surely happy to fall in any of them.

The monthly magazine Decanter was founded in London in 1975. Its in-depth, insightful approach makes it one of the best wine resources published today. Wine regions and producers are covered thoroughly making the magazine a valuable source of information for amateurs and seasoned professionals alike.

Decanter’s wine reviews are incredibly detailed and focused, but most of them require users to sign into their paid Premium program to access. The Decanters Best lists are free of charge and offer spectacular reviews on wines for different topics like Best South American wines under $20. 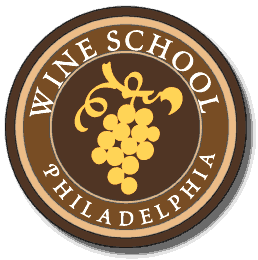 While the school’s reviews don’t have the breadth of either the Wine Spectator or Advocate, they are essential to buying wine in Philadelphia and Pennsylvania.  The school only reviews wines that are available in PA Wine & Spirits Wine Stores. You  can check out our wine reviews here.

Get Our Wine Reviews Fresh Off The Press

Register for our FREE  newsletter and receive our reviews WEEKS before everyone else.