by PFW | Winery Tours Outside the US

It had been about seven years since my significant other and I had been to the up-and-coming wine area of Prince Edward County (referred to as “The County” locally), located on the north shore of Lake Ontario. The County became the fourth Designated Viticultural Area in Ontario Canada in 2007. Many of the wineries are small, family-run operations. We greatly enjoyed our last visit largely due to the conversations we had with the winemakers and owners in the tasting rooms. We were pleased to learn that the County continues to offer many winery experiences led directly by the winemaker/owner.

We entered the large, well-lit tasting room at Grange of Prince Edward and were immediately greeted by a friendly woman, who explained the tasting options. As we started our tasting, another woman came by and began speaking with us – asking where we are from, what brings us to the County (we always answer “wine” seemingly in unison), etc. Then she told us her story…

She was Maggie Granger, who makes the wine along with her mother, Caroline Granger. She explained that her mother decided to grow grapes on the family farm and went to school to learn winemaking. Although Maggie helped on the farm growing up, she said she hadn’t intended to take on the family business. She went to a university in Montreal to study liberal arts specifically to “not do farming.”

She said what brought her back was the Montreal wine culture. The County didn’t have much of a wine culture when she went off to school and so she wasn’t really excited about wine until she ventured off to Montreal. She returned to the County and began making wine, learning from her mother. Now their 100% estate-grown wines are a joint venture.

This was one of our best winery experiences in the County. The wine was very good (our favorite Cabernet Franc of the trip) but the positive experience was largely due to Maggie. She not only told a great story but she did so with such enthusiasm that we were caught up in it. 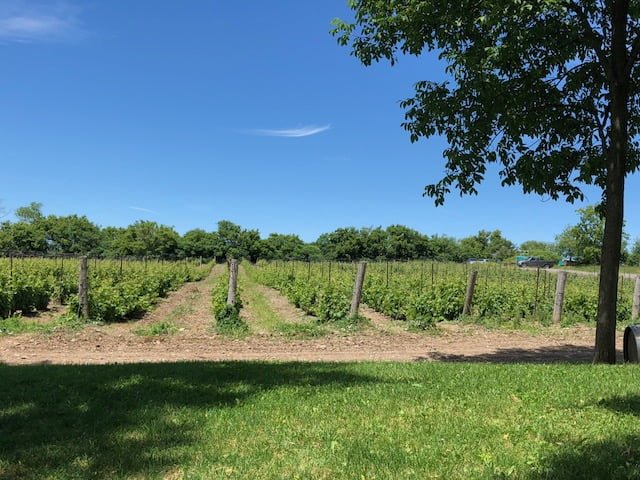 Telling a story evokes our emotions. And enthusiasm is infectious – when someone is truly enthusiastic about a product, others become enthusiastic about it. Decisions, such as about whether or not to make a purchase, are largely emotional so evoking positive, enthusiastic emotions is important in a customer service interaction. 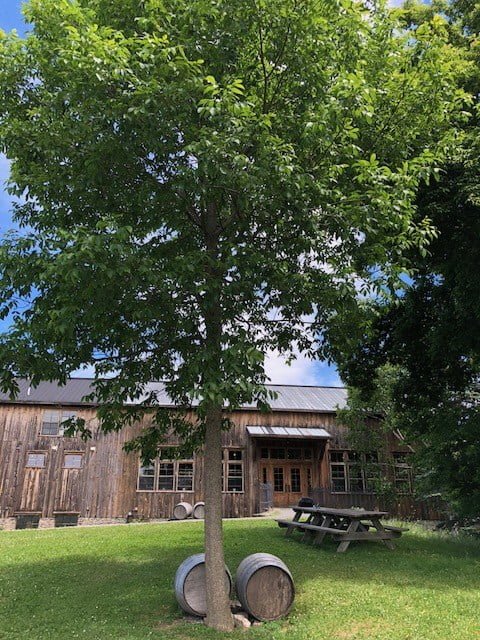 On our last day in the County, we had just enough time for a glass of wine at one winery before we headed to the airport in Toronto. We wondered aloud where to go and instantly (and again in unison) chose Grange. An excellent winery experience not only leads to purchases in the moment but return visits with additional purchases. We were enthusiastically greeted by Maggie again.