A few years ago, I sat down for a deeply personal interview with Kevin Chemidlin, the host of Philly Who?  This is unlike any other interview I’ve done in the past …

“Philadelphia is to beer what Sonoma is to wine,” says Keith Wallace to anyone who’ll listen. Considering the source, the proclamation, perhaps incendiary outside Pennsylvania, might sound outright puzzling within city limits. That’s because in 2001, Wallace, a winemaker, wine columnist, and author of two upcoming wine books, founded and still runs Philly’s best-known vinology school. So why is he extolling his territory’s beer lust at the expense of its pursuit of viticultural knowledge?

Because, acknowledging a craft revolution, he’s invited beer to take a permanent seat at The Wine School‘s table.

Wallace’s partner, a burly bald man named Dean Browne, asserts the alliance as he introduces himself to a group assembled in one of The Wine School’s classrooms on an early March night.

This article was originally published in 2015 Whiskey & Rum I love my brown spirits, in particular the whiskies and rums.   Pour white spirits into a charred oak barrel, roll it into … 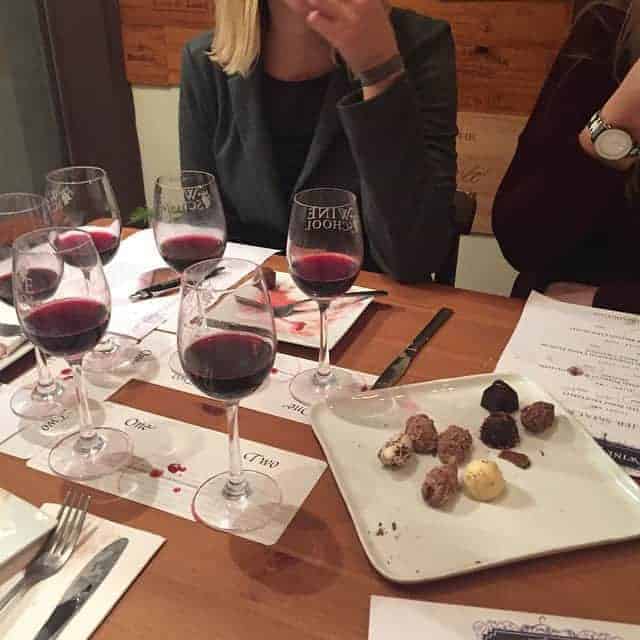 Philly Uncorked was filmed at the Wine School of Philadelphia by Banyon Productions. Keith Wallace developed, wrote and co-starred in the show. He also co-produced the show with Banyon.

The Associated Press originally published the story on March 12, 2010.  The article is reprinted solely for educational purposes.  It is intended to offer insight into the history of wine education …

Philly Uncorked was a series of videos developed, written, and co-produced by Keith Wallace and Banyon Productions for Philly.com. Eventually, the underwriter, the PLCB, wanted to monetize the show with product …

Philly Uncorked was a series of videos developed, written, and co-produced by Keith Wallace and Banyon Productions for Philly.com. Eventually, the underwriter, the PLCB, wanted to monetize the show with product …

That is a Classic Bitters Advertisement One of the best results of the Pre-Prohibition cocktail trend was the re-discovery of bitters. It’s great to see some of the classic bitters being …